request free concultation
Home  >  Uncategorized   >  What Happens After a Person is Arrested? 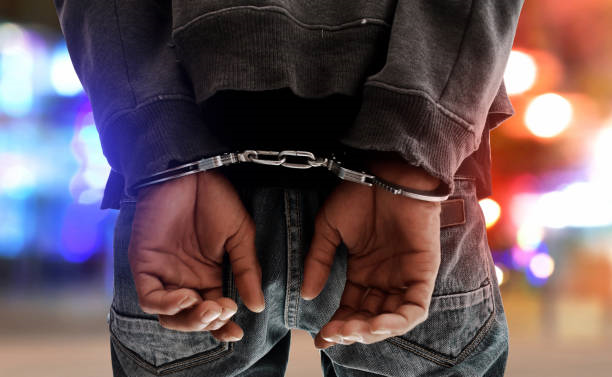 What Happens After a Person is Arrested?

Immediately after you are arrested, the police will take you to the station for booking or cite and release you. The police can only arrest you if they have probable cause to believe that a crime has been committed and the suspect arrested committed the crime. But often, arrests occur even without probable cause and officers may need your statement to seal the deal and finalize their investigation.

They may have read you your Miranda Rights right after your arrest or they will read it to you before they try to interrogate you. The prosecution may not use statements, whether exculpatory or inculpatory, stemming from custodial interrogation of the defendant unless it demonstrates the use of procedural safeguards effective to secure the privilege against self-incrimination. Miranda v. Arizona, 384 U.S. 436, 444 (1966).

The government must show that the defendant understood his rights and intelligently and knowingly relinquished those rights before any custodial interrogation began.

Do not say anything to the police until you’ve spoken to your Arizona criminal defense lawyer first. You have a right to an attorney. That is your constitutional right under the Fifth Amendment and Miranda v. Arizona.

Police may even try to get incriminating information out of you before they place you in handcuffs. Do not make any statements to police even if you are not in handcuffs.

If they try to question you, do not answer without speaking to your attorney first or without your attorney present. You have the right to remain silent.

Find out more about whether or not you have to speak the police after you’re arrested here.

After the police take you to the station, they will ask you identifying questions about yourself, if they haven’t already, like your legal full name, date of birth, and address.

You are then put through the booking process where they take your photograph (mugshot), your personal belongings, collect your fingerprints, and enter your arrest into the official police records. This could sometimes take up to eight hours. From there, you will get an initial appearance with the judge.

You must be seen in front of a judge within 24 hours. It could sometimes be as quick as two hours or it could take up to 15 hours from your arrest, depending on when you’re booked into a County Jail and how busy the courtroom is.

You also need to factor in your transportation to the jail, the processing, and booking to show up in the system before your Initial Appearance could be scheduled with the judge.

Your initial hearing is where your release conditions will be set. This will be your first time appearing in court and you will now be referred to as the defendant.

You will be informed of your alleged charges, advised of your right to an attorney and appointed an attorney if you cannot afford one, advised the location and date of your next court hearing, and given release conditions such as released on your own recognizance, released to pretrial services, released with a GPS ankle monitor, released to a third party, or have a bond set. In some cases, you may be held non-bondable.

If you have been charged of less serious crimes, like an infraction, you might be released at this time and have a personal promise to return to the court when you’re required to. If you do not return of your own recognizance, a warrant will be issued for your arrest and you can get a fine and even face a longer jail time.

If you have been charged of more serious crimes, like felonies, you will be released if you can post a certain bond or held in jail for the safety of the community.

However, if you are held in custody without bond there must be a probable cause finding within ten days of your initial appearance. This would be either a grand jury indictment or a preliminary hearing. If you are out of custody, these hearings must be held within twenty days of the initial appearance.

To help your Arizona criminal defense lawyer with your case, you should dress appropriately for court, be prepared to answer any questions your lawyer has for you and ask any questions you have for them, and most importantly, be on time. If you are without a lawyer, you should never ever discuss the facts of your case or try to argue for your own release because all statements may be used against you.

Your case can take months to move through the court system, depending on the severity of your charges. You have the right to a speedy trial in Arizona, to have trial within 150 days of your arraignment if you are in custody, 180 days if out of custody, and 270 days if the case is designated complex. In capital cases, you have a right to a trial no later than 24 months after the State files a notice of intent to seek the death penalty.

Additionally, at the Initial Appearance and at the sentencing, the crime victim has the right to a Victim Impact Statement, which is to let the court know how the crime has affected them and their family, even if they cannot personally appear in court.

The victim can also let the judge know what punishments and consequences they think the defendant should receive. The Victim Impact Statement is important because the defendant might be released from custody at any court setting.

If the Maricopa County Attorney’s Office (MCAO) does not move forward with your case, then your charges discussed during the Initial Appearance have not been reviewed and accepted. Your case could be sent back to the Investigating Agency for further information or for a filing change.

Your future court date will be set for the next proceeding, usually in a Court of Justice or the Superior Court. Additionally, your release conditions can change at any court date or when a Motion has been filed.

Preliminary hearings are hearings before a Court Commissioner where the State must present evidence, through a police officer, a police report, and witnesses, that a crime was committed and there was probable cause or reason to believe that you committed the crime.

The commissioner’s job is to decide if the evidence proves that the crime you have been charged with probably occurred and that you were probably the person who committed the crime.

Preliminary hearings can be waived if you, your attorney, and the prosecutor reach a plea agreement. This is not always the best solution, it depends on the information that has been provided, if there are issues in the case, and if the case can be attacked. You know best about what happened, so sometimes if you know what happened, it may benefit you to try to negotiate at an early stage, such as before a preliminary hearing. You should not waive a preliminary hearing and accept a plea agreement without speaking with an Arizona criminal defense attorney first.

Plea agreements are where you accept responsibility for some of the charges and a better sentence that prosecutors offer, compared to what type of prison sentence you may face if you lose at trial. You give up your right to preliminary hearings, trial, and maybe even an appeal, as well as the right to cross examine witnesses, testify at trial, and present your own defenses. Sentencing is generally set thirty days after entering a plea agreement.

Always discuss any questions and concerns you have about the plea agreement with your attorney so that they can make sure you understand the consequences of the agreement and your rights you are giving up. Your Arizona criminal defense attorney should always review all the strengths and weaknesses of your case with you, give you access to your discovery, discuss your prison exposure after a trial loss, before ever allowing you to enter into a plea agreement.

You have the right to decide everything since it is your life you are making decisions on. Your defense attorney has to devise a strategic plan that works best for you and decides what motions to file and when, when to object in court, which witnesses to call upon, and issues to raise for appeals and post-conviction relief.

You choose whether to accept the plea agreement or go to trial, to testify, to appeal if you’re convicted, and to file a post-conviction relief where you can ask the court to remove or modify a charge or sentence.

When you decline the plea agreement, you will then proceed to court for trial. The prosecutor must prove beyond a reasonable doubt, the highest burden in our justice system, that you have committed the crimes charged without asking you any questions.

You do not have to speak or prove your innocence because you have your right to remain silent and you are innocent until proven guilty. Your attorney can present your witnesses and evidence for your side of the story. They can also cross examine all of the State’s witnesses. Depending on the amount of prison time you face after a trial loss you could have eight or twelve jurors deciding whether you are guilty beyond a reasonable doubt, or not guilty.

If you’ve said anything to the police, your family members, friends, or anyone in general, it can be used against you in court. They can be called upon by the prosecutor as witnesses.

Entering into a plea agreement or being found guilty will put you through to your sentencing.

You will speak to a probation officer who prepares a report to the judge regarding a recommendation for your sentencing. You have the chance to speak to your lawyer before this. They can provide personal references, letters of support, and other resources that might help the judge look more favorably towards you when they sentence you. Your Arizona criminal defense attorney should spend time getting to know you personally so they can discuss your life and your mitigating factors at sentencing.

You, your defense attorney, and anyone else you want will have the opportunity to speak to the judge at your sentencing.

You can challenge a trial conviction with an appeal where your case will be seen by a higher court. You also have a right to post conviction relief.

Even though your lawyer files all the motions and addresses the court, you are the one that makes decision on everything about your case. Your lawyer advises you on what they think is best, but your decision is the ultimate one. You need an Arizona criminal defense lawyer who will get to know you, your family, and review every aspect of your case to get you the best possible result.

You are innocent until proven guilty or until you plead guilty. That is the law.